Cubii Jr vs. Cubii Pro – Should you upgrade to the Pro version?

If you’ve been fortunate enough to spend time in front of Infomercial TV lately, you’ve probably come across the Cubii Seated Under-Desk Elliptical. These high spec streamlined under desk ellipticals have become very popular. Today, we find out how good they really are. And we put the two Cubii models side by side to discover which one is best for you.

Cubii began life as a Kickstarter back in 2014. They set out to revolutionize the under-desk elliptical market which, at the time, was pretty abysmal. With the introduction of the original Cubii to market, they forced the industry to up its game. Today Cubii offers three models of desk elliptical trainers that are available for different purposes.

There are three models in the Cubii range as follows: 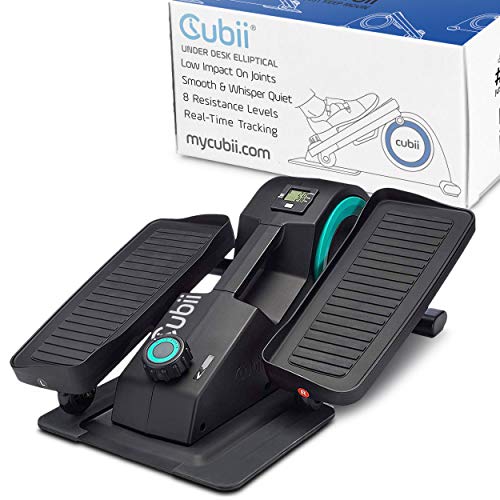 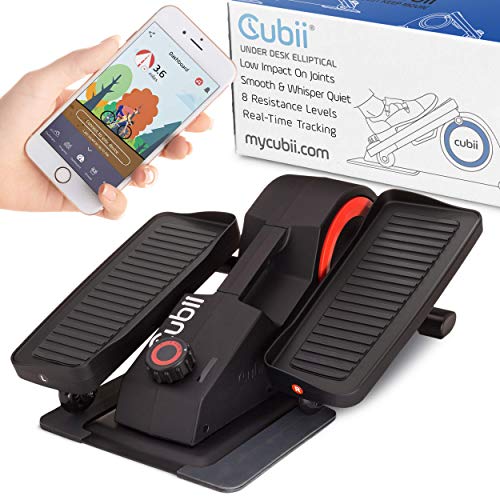 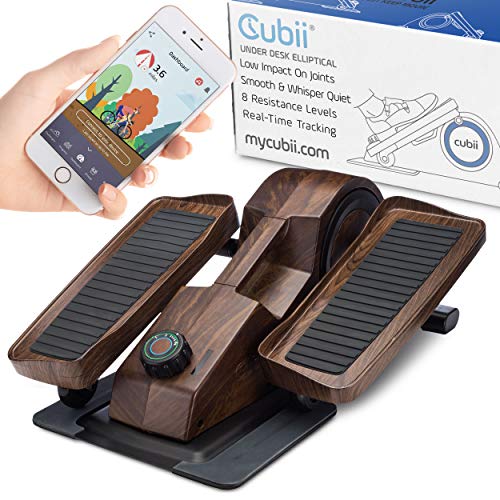 The Cubii Pro is an upgraded version of the Cubii Jr. The big difference between the two models is that the Cubii Pro is Bluetooth enabled. This enables you to access the free Cubii app in order to track your key training data, including your strides, miles, and calories. The app also has some great community functionality, such as competition groups for mutual encouragement.

The streamlined design of the Cubii Jr sets it apart from anything else on the market. It will seamlessly blend into any office or home environment. The Cubii Jr won the 2016 GOOD Design award.

When you are planning to exercise while you’re working, you need a machine that will be totally unobtrusive. The whisper-quiet operation of the Cubii Jr fits the bill perfectly.

The Cubii Jr elliptical machine makes uses of a joint-friendly design that ensures that you get a smooth, low impact workout experience that helps you burn calories. The ergonomic design allows you to get plenty of clearance for the knees while exercising under your desk.

The Cubii Jr provides you with the choice of eight adjustable resistance levels ranging from beginner to advanced level.

The Cubii Jr features a built-in display monitor on its base which provides you with readouts of your RPM, calories burned, strides, and distance covered.

Assembly of the Cubii Jr is very easy. In fact, you can progress from unboxing to exercising in just a matter of minutes.

With a total weight of just 28 pounds and compact dimensions, the Cubii Jr elliptical trainer is easy to move around, the built-in handle makes things even easier. The Cubii Jr is a cordless machine so you are not having to deal with cables or proximity to a power outlet.

The Cubii Pro mobile app is designed for both iOS and Android.

You can also connect to the FitBit app as well as AppleHealthKit.

The Cubii Pro requires that the unit be connected to a power source. This may make it limiting for some users.

The Cubii Pro mini elliptical offers a similar ergonomic design as the Cubii Jr. Its low profile ensures that you will be able to get a natural, free stride motion without your knees banging into the bottom of your desk. It is slightly more robust in design than the Cubii Jr and provides the same smooth, whisper-quiet operation.

The Cubii Pro under desk elliptical machine is considerably more expensive than the Cubii Jr. This may put it out of the range of some users. The Cubii Jr provides a very good, though unconnected alternative. The two versions have exactly the same dimensions and weight, at 23 inches x 17.5 inches x 10 inches and 28 pounds. The Cubii Pro and Cubii jr both provide the same high quality of elliptical movement.

What Others are Saying

The Cubii Jr and Cubii Pro elliptical trainers have received quite a lot of online feedback from verified customers. The vast majority of reviews are positive with people being very complimentary about the sleek design and ergonomic movement pattern that the Cubii provides. Many people mention how easy the unit is to put together and the ease of portability.

Some less than complimentary comments have been made about the higher price of the Cubii Pro when it is virtually the same unit as the Cubii Jr with the addition of Bluetooth connectivity. Some users have also lamented the fact that the Cubii Jr does not come with a remote control. This means that you have to bend down to adjust the unit.

Cubii represents a leap forward in the under-desk exercise equipment. It is ergonomically designed to produce the most natural stride motion and attractive enough to fit into any décor. This is a gentle piece of exercise equipment that will keep you active as you do other things. The addition of bluetooth app connectivity is a definite plus for the Cubii Pro. However, the Cubii Jr elliptical trainer will provide you with the same basic functionality at a considerably cheaper cost.