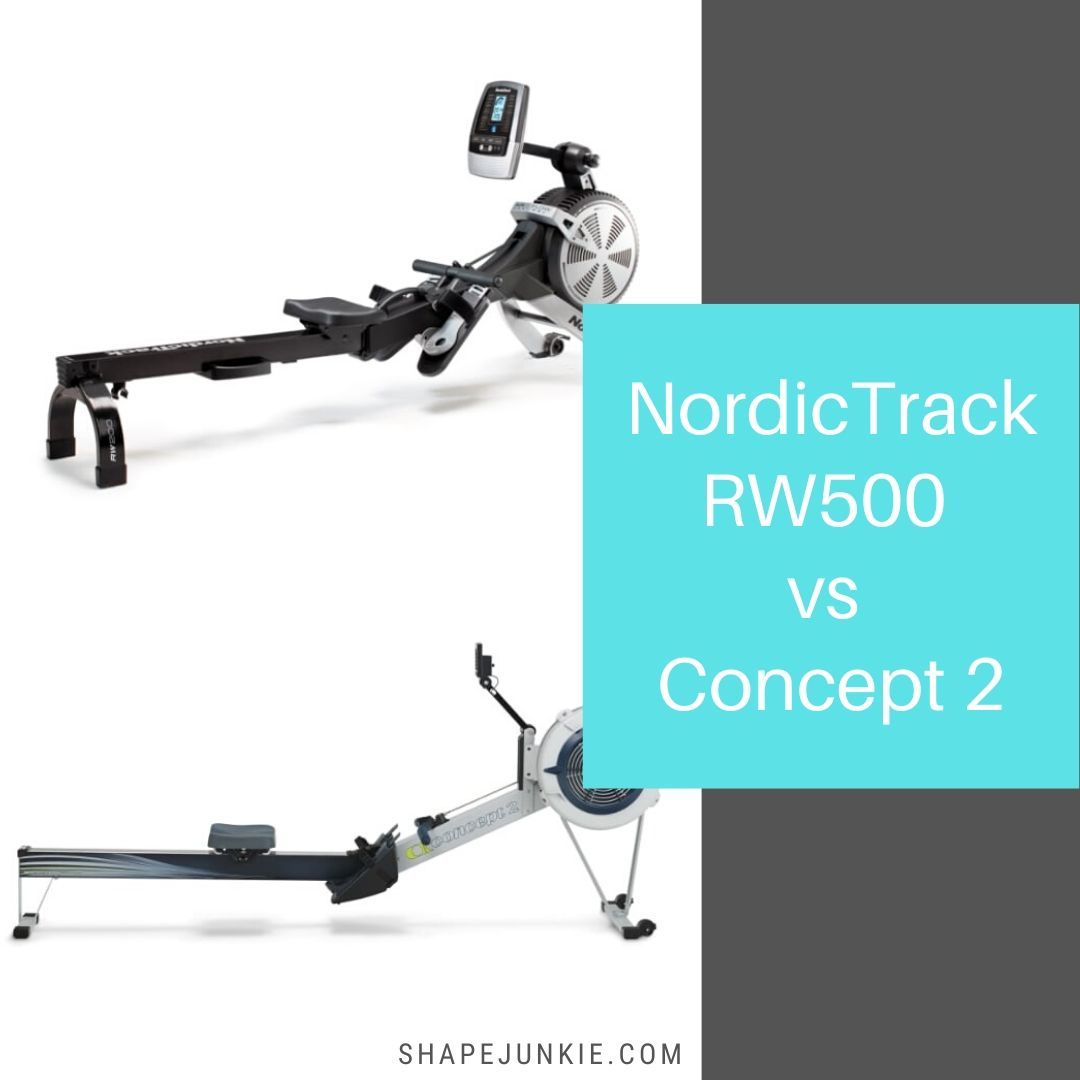 Getting your heart pumped up to high levels through mostly interval training leads to blood flow, more oxygen for the muscles, and higher calorie burn. That’s why there's a growing interest to not just start rowing for fitness but to have access to a rowing machine any time of the day.

Two of the most popular brands in today's rowing machine segment are Concept 2 and NordicTrack. Both have been in the business since the mid-1970s. Concept 2 started operating as a supplier of indoor rowing equipment, with its machines used for testing and training competition rowers. Meanwhile, NordicTrack is a more recent player in terms of rowing machine production. However, its line of rowing equipment is growing in appeal, especially among tech-savvy users or those who simply want more interactive workout experiences at home.

In this article, we look at the two companies' top-selling rowers, the Concept 2 Model D and NordicTrack RW500 to help you find what suits your needs.

Concept 2 rowing machines are found in most gyms across the US. Its Model D can accommodate various users up to 500 pounds. That’s half of the weight the NordicTrack RW500 can support, and at less cost compared to the more expensive Nordictrack RW500 rower.

Concept 2's Model D rower is a better choice if you are training for competition, actual boat racing, CrossFit, or if you're already a serious rower and are more interested in beating your personal records. You can sync your smartphone or another device with suggested third party apps for personalized training, competition with friends, and more when you purchase Concept 2's Model D.

If you love rowing but would appreciate workout diversity, then the NordicTrack RW500 rower is for you. Its rowing machine comes with a one-year subscription to the iFit app, which accounts for nearly a third of the cost of the machine, and a free tablet. You can stream thousands of workout videos featuring professional trainers at any time.

Here's a more detailed rundown of the products' specifications:

Side by Side Comparison

The Concept 2 Model D is a larger machine at 96 inches long, 24 inches wide. Its seat height is 14 inches but its total height including the console or monitor isn’t mentioned. It weighs 57 pounds.

The Concept 2 Model D rowing machine can be taken apart into two sections for storage. Meanwhile, the NordicTrack RW500 can be folded in the middle.

Both pieces of equipment have a stainless steel seat track.

The Model D can support up to 500 pounds based on Concept 2's internal testing. But as far as the European standard for stationary fitness equipment is concerned, the maximum weight for the machine is 300 pounds.

Meanwhile, the Nordictrack rower can support up to 250 lbs.

The Concept 2 Model D rower has an air resistance flywheel that offers varying resistance levels. You adjust the spiral damper (from levels one to 10) to control the airflow to the flywheel, and in turn, the amount of tension for each stroke.

Meanwhile, the NordicTrack rower runs on magnetic resistance with 26 resistance levels. You can adjust the resistance level digitally through the console or by adjusting the airflow (also 10 levels).

You can record your pacing, stroke rate, and watts on the internal memory of the Model D's backlit performance monitor, also referred to as PM5, or your own USB flash drive.

The monitors of both machines can be adjusted for storage.

You can get personalized training and monitored practice on the Model D by using third party apps with partnerships to Concept 2. Some apps aren’t just compatible with the PM5, Model D's built-in monitor, but also with your Android (BoatCoach, Float) and Apple phones (Erg Dude, LiveRowing).

Meanwhile, customized workouts on the Nordictrack RW500 rower are available through the iFit app, which is downloaded on the 10-inch tablet. What's unique with iFit training is that your trainer remotely controls the resistance of your machine according to your session. You can do cross-training by choosing HIIT, strength training, and others.

Both pieces of equipment have ergonomically designed seats as well as smooth and quiet monorails. A molded seat adds comfort for prolonged workouts.

The two machines have oversized but non-slip pedals with foot straps, both of which are adjustable to ensure they won’t slide and unnecessarily exert pressure on joints during your workouts.

Owners of the Concept 2 Model D rowing machine are generally satisfied with their machines. However, they noticed that it can be noisy during highly intense workouts when you row harder.

Meanwhile, buyers of the NordicTrack RW500 rowing machine say that its numerous and diverse built-in and iFit workouts can’t compensate for the fact that the machine can’t accommodate users above 250 pounds.

If you're just a beginner but are willing to invest a little more money for immersive workout sessions while using your machine, then NordicTrack’s RW500 rower is for you. However, the Concept 2 Model D is a better buy for rowers of any weight. You also acquire bragging rights for owning a machine used for competitive rowing.

Check out our other comparison between Nordictrack RW900 rower and Concept 2.