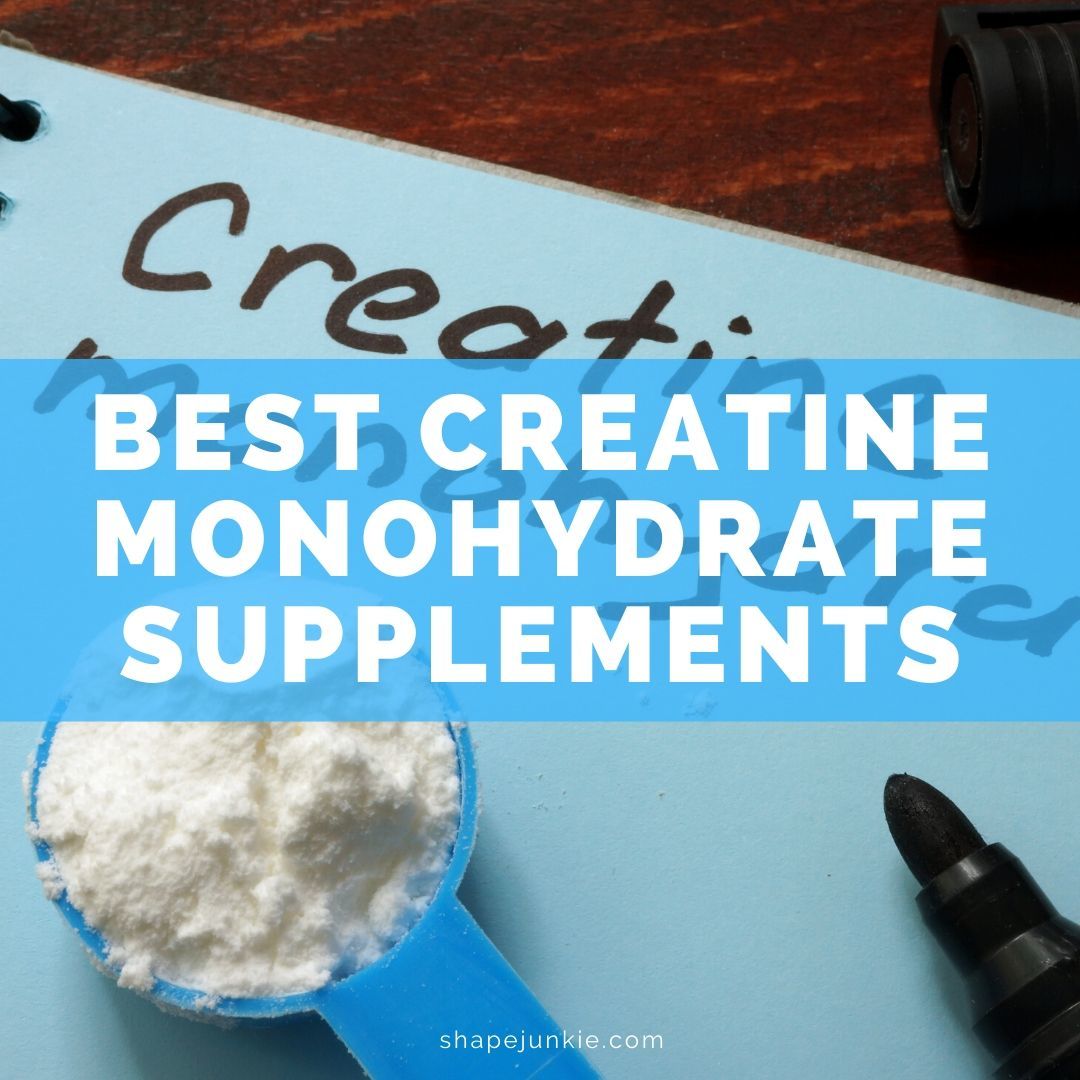 Creatine is a naturally occurring substance found in muscle cells, which helps your body produce energy during high-intensity exercises. Consequently, athletes and bodybuilders are both taking creatine as a supplement to help build muscle. It should also be noted that creatine shares many properties with amino acids.

What does it do?

Creatine helps improve athletic performance in several different ways. Firstly, it helps increase the phosphocreatine stores within muscles during high-intensity exercise. This then helps the body produce more adenosine triphosphate, which is a key energy source during heavy lifting and other high-intensity workouts. Thus, creatine enables bodybuilders to boost their workloads, which obviously plays a major role in muscle growth.

Desirable qualities of creatine are its ability to improve cell signaling, raise the level of anabolic hormones in the body, and lower myostatin levels. Each of these properties can play a role in muscle growth.

Things to look for when buying Creatine Monohydrate supplements

There are several things to ponder when purchasing Creatine Monohydrate supplements and powders, with form, flavor, constitution, and combination all meriting consideration.

But probably the first thing to muse over is the type of creatine that you wish to ingest. While Creatine Monohydrate has generally been shown to be the most effective form of creatine for building muscle, there are multiple types of the substance available. These include creatine monohydrate, creatine ethyl ester, creatine anhydrous, creatine citrate, and creatine phosphate, and there are still more available as well.

When considering the type of creatine you wish to supplement your workouts with, it is certainly advisable to consult with a doctor. But any fitness enthusiast won't go far wrong with Creatine Monohydrate, providing (s)he is not in any of the risk groups mentioned previously. This substance is considered safe and effective and is backed up by literally thousands of studies.

Another consideration with Creatine Monohydrate is the flavor of a particular product. Many are indeed unflavoured, but it is important to check whether they can be suitably added to a favorite beverage, or what flavoring is included.

There are many Creatine Monohydrate supplements available, so here are ten of the best on the market.

This creatine powder is also vegan-friendly. BulkSupplements Micronized Creatine Monohydrate Powder is also free from gluten and GMO ingredients, while the manufacturers have also excluded all artificial sweeteners. This supplement is also a dairy-free, while sugar, soy, and yeast have all also been excluded.

This is one of the purest Creatine Monohydrate powders on the market, and certainly worthy of consideration. 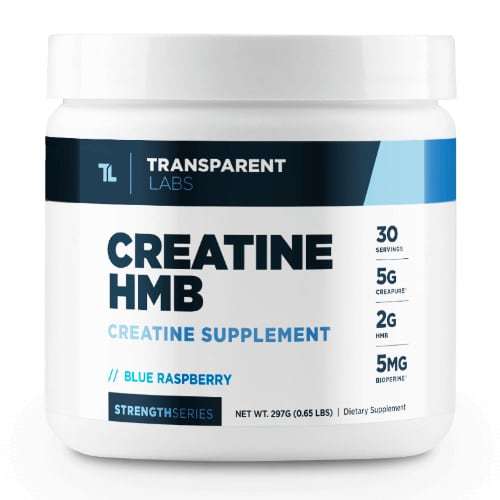 This Creatine Monohydrate powder is particularly intensive, including ingredients at clinically effective dosages, but also being pure in composition. Free from artificial sweeteners, colored dyes, unnecessary fillers, and harmful additives, Transparent LABS Creatine HMB is certainly a healthy and natural way to pack in Creatine Monohydrate.

Transparent Labs offers both raspberry and other flavored versions of the product, while studies have commended the ability of this powder to enhance strength, endurance, and gym performance. Using this powder can help decrease fat mass, and prevent lean muscle loss, although it is more expensive than many other products on the market. 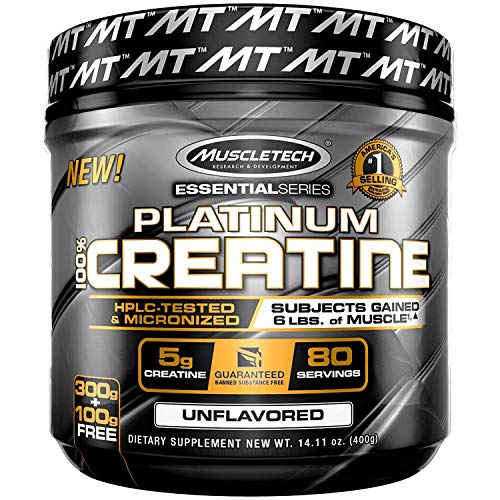 This Creatine Monohydrate powder helps bodybuilders combat muscle breakdown and increase growth and performance. It is perhaps slightly pricier than some of the powders available.

Each serving of this product delivers 5g of premium HPLC Tested micronized creatine monohydrate, while the powder is also completely free from any sugars and fillers. Definitely a strong contender. 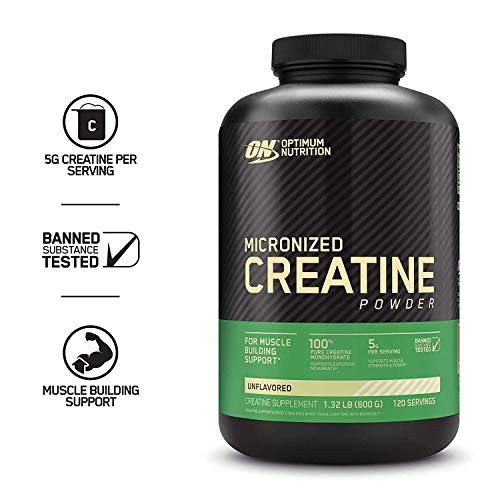 Creatine Monohydrate loading is possible with this powder, with the manufacturers recommending one rounded teaspoon to be taken with a meal, or immediately after training.

However, the manufacturers make few claims about the purity of Optimum Nutrition Micronized Creatine Monohydrate Powder, which must be considered slightly concerning considering that many powders are available that are based on completely natural ingredients. 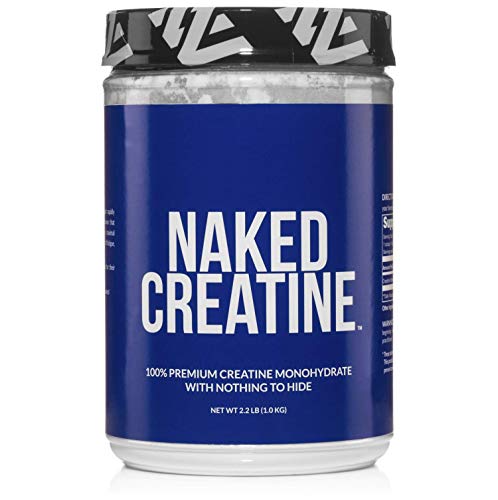 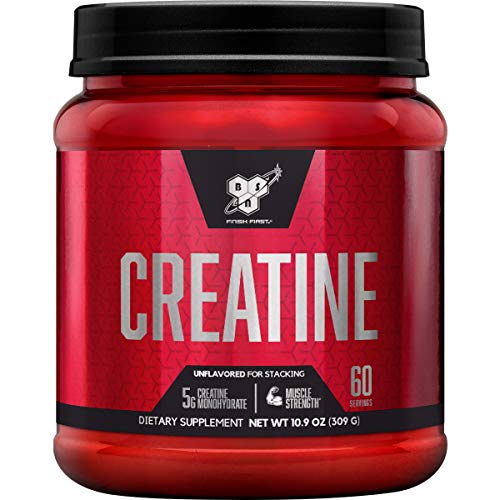 The manufacturers make few claims about the purity of this product, in terms of additives, but do state that it represents pure, micronized Creatine Monohydrate. We can, therefore, be reasonably confident that it features no fillers or additives, and this is definitely a product with some strengths. 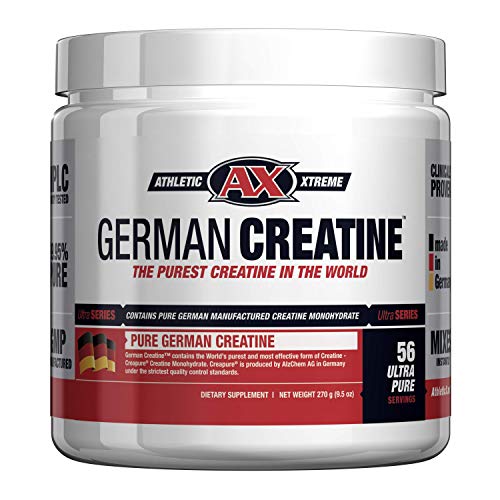 German Creatine Pure Creapure is by no means particularly affordable. But it is also one of the purest Creatine Monohydrate products available on the market, being produced by AlzChem Trostberg GmbH in Germany under the strictest quality control standards. Indeed, its manufacturers claim that it has achieved the highest purity levels that have ever been delivered in a Creatine Monohydrate product.

And the good news for those consuming this powder is it in mixes perfectly with juices, creating grape, watermelon, and a variety of other flavors. While we would appreciate a bit more information about the constitution of this powder, it does appear to be one of the stronger products available on the market. 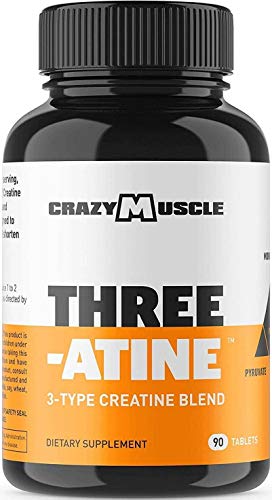 The manufacturers claim that taking Creatine Monohydrate in tablet form is superior to powder, although there is little solid information to back up this assertion. But the pills do contain three types of creatine in one powerful formula, and those who would prefer to consume Creatine Monohydrate in pill form will certainly appreciate this product. 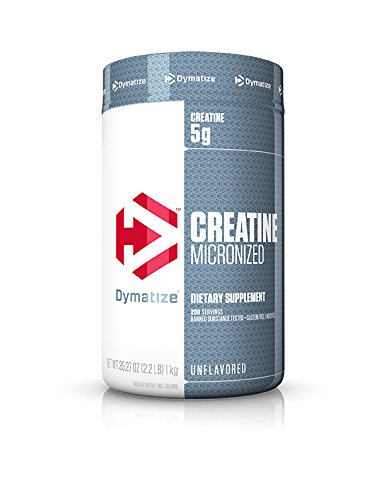 This is another Creatine Monohydrate powder that is competitively priced. It has been formulated to support resistance training goals and helps improve muscle performance during a variety of high-intensity activities.

Being free of both inclusion and artificial colorings, this unflavoured substance can be mixed easily, meaning that it blends ideally into shakes and other beverages. This is an unfussy Creatine Monohydrate product that will find favor with bodybuilders on a budget. 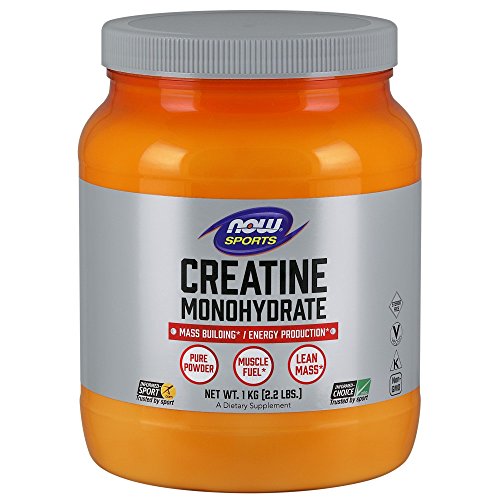 Finally, NOW Sports Nutrition, Creatine Monohydrate Powder is very attractively priced and is completely free from additives. This non-GMO product is also suitable for vegans, while even being kosher assured.

NOW Sports Nutrition, Creatine Monohydrate Powder has been tested for banned substances by LGC - a globally-recognized assurance program for anti-doping in sports nutrition. It is, therefore, an excellent option at this price point, and one that will appeal to all those hoping to build muscle and engage in bouts of high-intensity training.

What is Creatine Monohydrate?

Creatine monohydrate is the most popular form of creatine supplementation, and simply refers to creatine with one molecule of water attached to it.

How to take creatine monohydrate?

Creatine Monohydrate is the most commonly available form of creatine, and the reason for this is that it has performed particularly well in controlled studies, and is better understood than other forms of creatine. This substance can be dissolved in beverages, and consumed in other products such as energy bars, capsules, or tablets.

It is important to take on a sufficient amount of fluid when taking Creatine Monohydrate supplementation, with one glass of water recommended for every 3g of Creatine Monohydrate. Once Creatine Monohydrate has been taken, its bioavailability is greater than 95%, although it does make sense to take creatine with sugary drinks or a meal, to ensure that the muscles of the body can absorb the substance more easily.

Impact on your body

Creatine Monohydrate has been shown to improve exercise performance, including increasing strength, power, and muscle mass. Several studies have compared monohydrate and other forms of creatine and found that Creatine Monohydrate delivers better results than other forms of creatine. For example, one study discovered that monohydrate increases creatine content in both the bloodstream and muscles in a superior fashion to the ethyl ester form.

Another study found that those participating in long-distance cycling performed 10% better when they took a monohydrate powder but did not improve at all when they took liquid creatine. Several other studies have suggested that Creatine Monohydrate is the most effective way to improve muscular performance during exercise.

Creatine Monohydrate also helps reduce the amount of protein breakdown in the body, which can lead to increased muscle mass and improved stamina. This means that when you supplement the level of creatine in the body, it can simply handle more physical work, which will have a knock-on impact on your physical condition.

Creatine supplementation has also been demonstrated to increase the level of anabolic hormones in the body, which results in the potential for more powerful bursts of energy and highly-intensity performance. Studies have also found that Creatine Monohydrate helps improve recovery times and reduces the level of fatigue from workouts.

Another interesting added benefit of the substance is that it can help reverse skin aging, providing another boost to your overall appearance.

Creatine Monohydrate is certainly a safe substance and one that is taken by a wide variety of athletes who require short bursts of speed of muscular intensity. It is generally less useful for athletes involved in stamina and distance events but has even been shown to have some benefit in these areas.

It is widely accepted that Creatine Monohydrate is safe, however, some of the risks associated with the substance should also be understood. Firstly, any athlete suffering from kidney disorders or problems should consult with a physician before taking any creatine substances.

There are also some minor side-effects associated with Creatine Monohydrate, and these include:

Creatine Monohydrate can also interact unfavorably with other drugs and substances, and thus it is advisable to avoid taking Creatine Monohydrate or other creatine products if you are using nephrotoxic drugs. These include nonsteroidal anti-inflammatory drugs (NSAIDs) such as ibuprofen (Advil, Motrin IB, others) and naproxen sodium (Aleve, others), cyclosporine (Neoral, Sandimmune). It is also known that combining Creatine Monohydrate with caffeine may decrease its effectiveness.

Creatine Monohydrate is manufactured in large chemical plants, with warehouses for storage. There is a significant amount of processing required to form Creatine Monohydrate, as the substance itself exists in the pure form of creatine.

Is Creatine present in food?

Creatine is present in several foods, with the best sources being red meat and fish. Bodybuilders looking to pack in creatine often consume raw beef and salmon.

How does unflavoured whey protein taste?

It is largely flavorless. The taste is somewhat comparable to milk protein.

What is the difference between Creatine HCL and monohydrate?

Creatine HCL is considerably more soluble in water - around 59 times more soluble. This means that it is absorbed faster into the bloodstream, which consequently reduces its side-effects. Read full comparison between Creatine HCL and Creatine Monohydrate.

The training benefits of creatine have been well-established, and there are many options available for athletes looking to stock up on the substance. It should be possible for anyone looking to include creatine in a training program to find an excellent solution that suits their needs, while also being cost-effective.