The Battle of the Bikes: The Diamondback 1260sc vs. the Keiser M3i 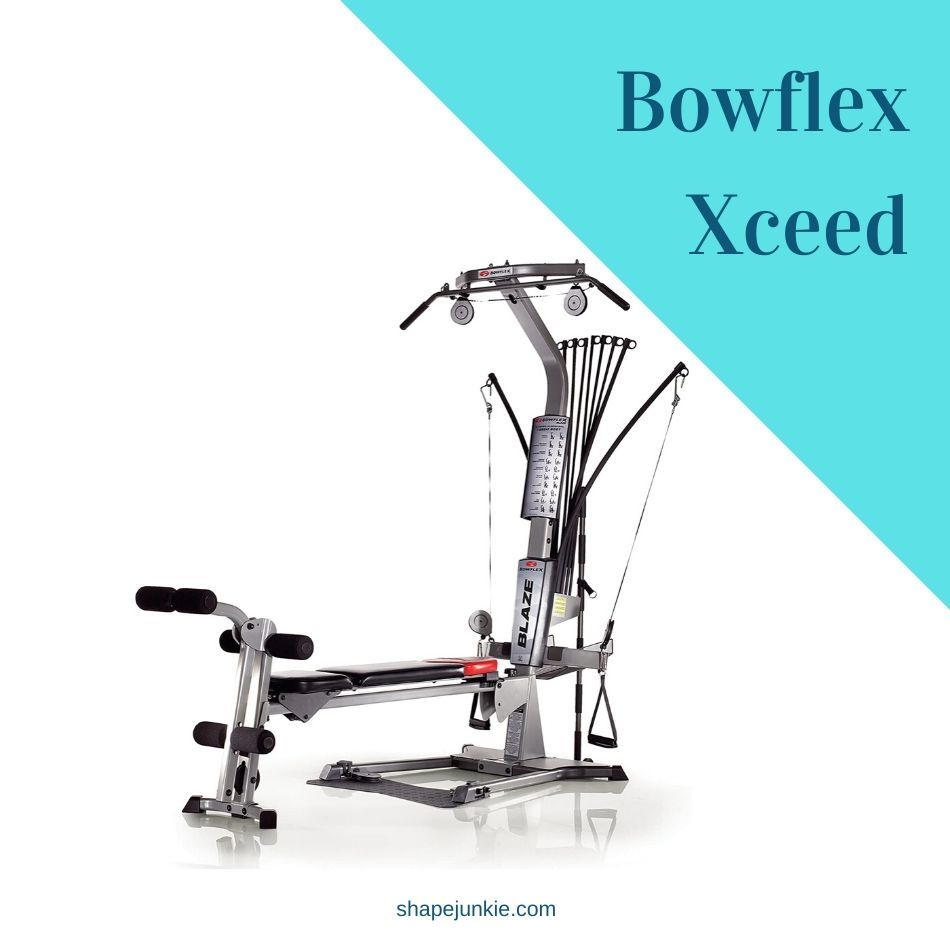 When it comes to trusted fitness brands it doesn’t get much better than Bowflex. They have been a presence in the home gym scene for close to half a century, establishing themselves as a genuine market leader and a true innovator.

Bowflex provide an ever growing range of home workout machines. Today, we turn our attention to the Bowflex Xceed. 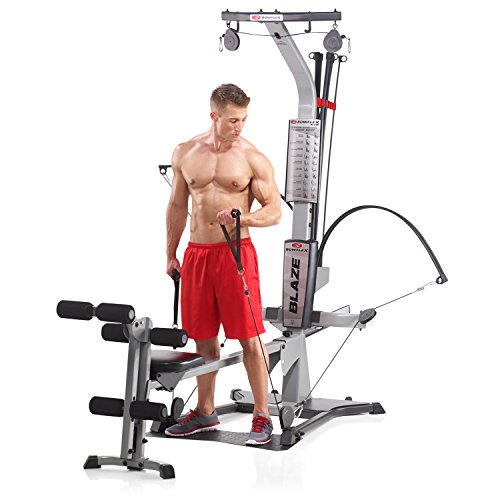 The Bowfex Xceed is complete home gym system based on the famous Bowflex Power Rod resistance system. It gives you the capability to perform more than 65 exercises to target every muscle group in your body. In terms of the six home gyms in the Bowflex stable, the Xceed sits in the middle. The others in the range are:

You are able to perform all of the standard bodybuilding type exercises on this home gym, including squats, leg extensions and curls vertical bench press and deadlift. You can also adjust the cable for a high or low pulley set up, allowing you to work from a range of angles. 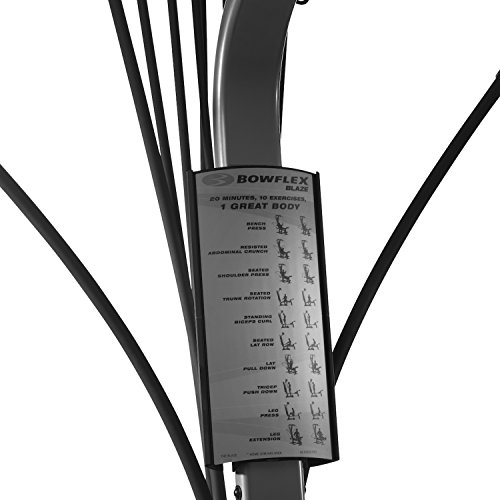 The Bowflex Xceed makes use of the unique patented Bowflex power rod resistance system. This system utilizes a process similar to that of a bow and arrow set up to provide the resistance. Just as with a bow, the resistance achieved through the power rods is variable, getting stronger as the rod curves. That means that you only get the full resistance during the final third of the movement. This is in contrast to a free weight which provides 100 percent of actual resistance. In addition, the power rods do not provide any resistance during the negative, or lowing part, of the exercise.

The weight increments available on the Bowflex Xceed go up in lots of five pounds.
The power rod system feels quite different to using free weights. It will take quite some getting used to and some people may not like the feel. To be honest, the power rods are not as effective as free weights as there is not negative resistance and you only get one third of the true resistance during the final portion of the resistance curve in each exercise.

We strongly suggest that you try out the power rod system before purchasing in order to assess if the feel of this system gels for you. If you are purchasing your Bowflex Xceed system online, you should go into a bricks and mortar store and give it a test run first.

The Bowflex Xceed is a very well-built machine, which is in keeping with the high standard of all Bowflex products. The trademark red and black bench seat is constructed from heavy duty polyurethane foam. The framing of the machine is made from high gauge steel and is finished in sleek black.

The Bowflex Xceed comes with the following extra pieces of training equipment: 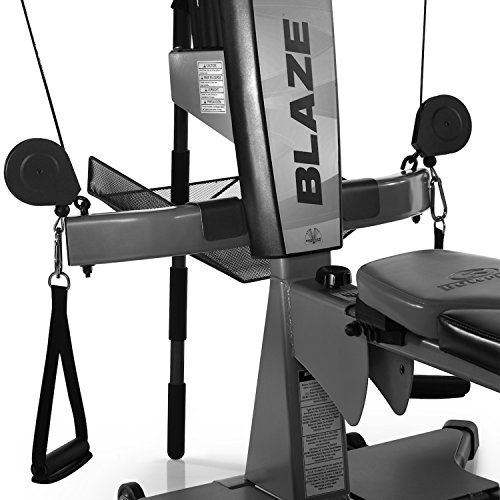 Considering the number of exercises you can do on it, the Xceed takes up a minimal amount of floor space. You will need a 7 foot by 4 foot footprint to accommodate it. You should also make sure that you have enough height for the power rods. They also need extra space to flex when they are stretched. You should account for an extra hundred or so inches all around for this.

The Bowflex Xceed is impressively quite to operate. This is mainly due to the operation of the power rod resistance system, which is quieter and easier to operate than a conventional plate-based weight resistance system. The transition between resistances and exercises is also very smooth.

The Bowflex Xceed provides you with the equivalent of 210 pounds of resistance. However, this can be upgraded to either 310 pounds or 410 pounds at an extra cost. The cost of the replacement power rods is cheaper than buying the equivalent amount of weight pates, but does not provide a true weight equivalent.

Bowflex provide an impressive warranty on the Xceed. You get 7 years on the frame and pulley system. The power rods are covered with a lifetime replacement guarantee.

What’s Not So Good

The Bowflex Xceed is not a foldable home gym. Therefore, it may not be suitable for homes with very limited space for training. As mentioned, you should also be aware that the power rod system does not provide you with any resistance during the negative part of each rep, and only delivers 100 percent of true resistance during the final third of the rep.

What Others Are Saying About It

There are a lot of reviews for the Bowflex Xceed online. They are mainly positive, with people speaking fondly of the large number of exercises, the value for the money, the ease of set up and the sleek, stylish look and durable build of this machine. However, a few users also made mention of the lack of true resistance that you get from the power rods, which underscores our advice to try before you buy.

The Bowflex Xceed is a versatile home gym that provides more than enough variety to get a quality workout in. It sits in the mid range among the stable of Bowflex power rod based home gyms and is aa good options for the general fitness enthusiast. Just be aware that there is a learning curve with the power rod system.