Lenny & Larry’s The Complete Cookie Review – A Flavor for Everyone! 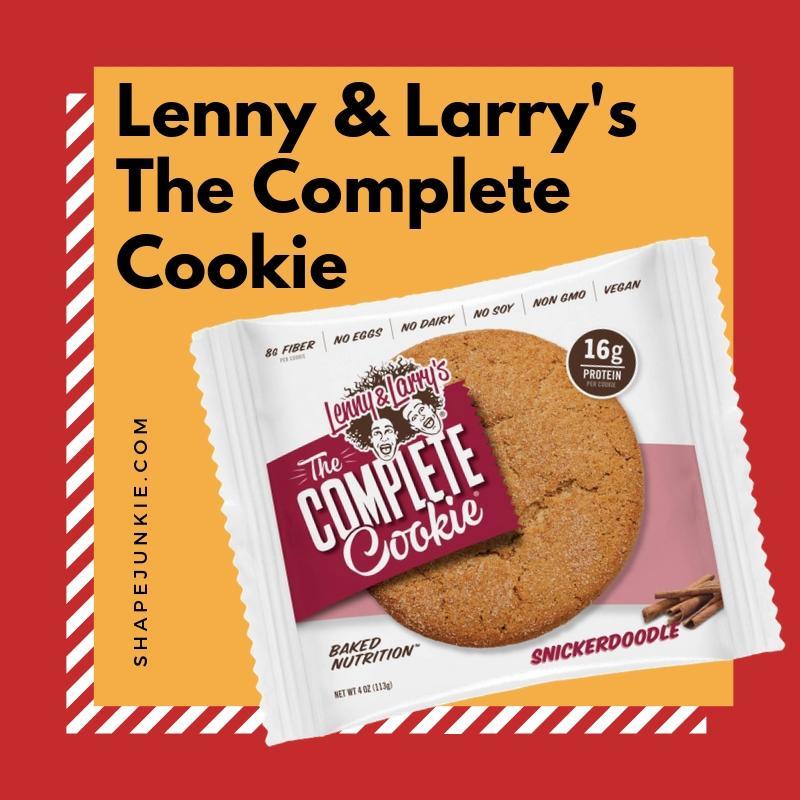 There was a time when only a few food brands offered vegan and high-protein snacks. Diet watchers and recipe makers gave a twist to fruit shakes, salads, and fruits to make them enticing for in-between meals.

The ingredients of Lenny & Larry's The Complete Cookie and Crunchy Cookies are vegan or contain no dairy or egg and certified non-GMO or non-genetically modified organisms. 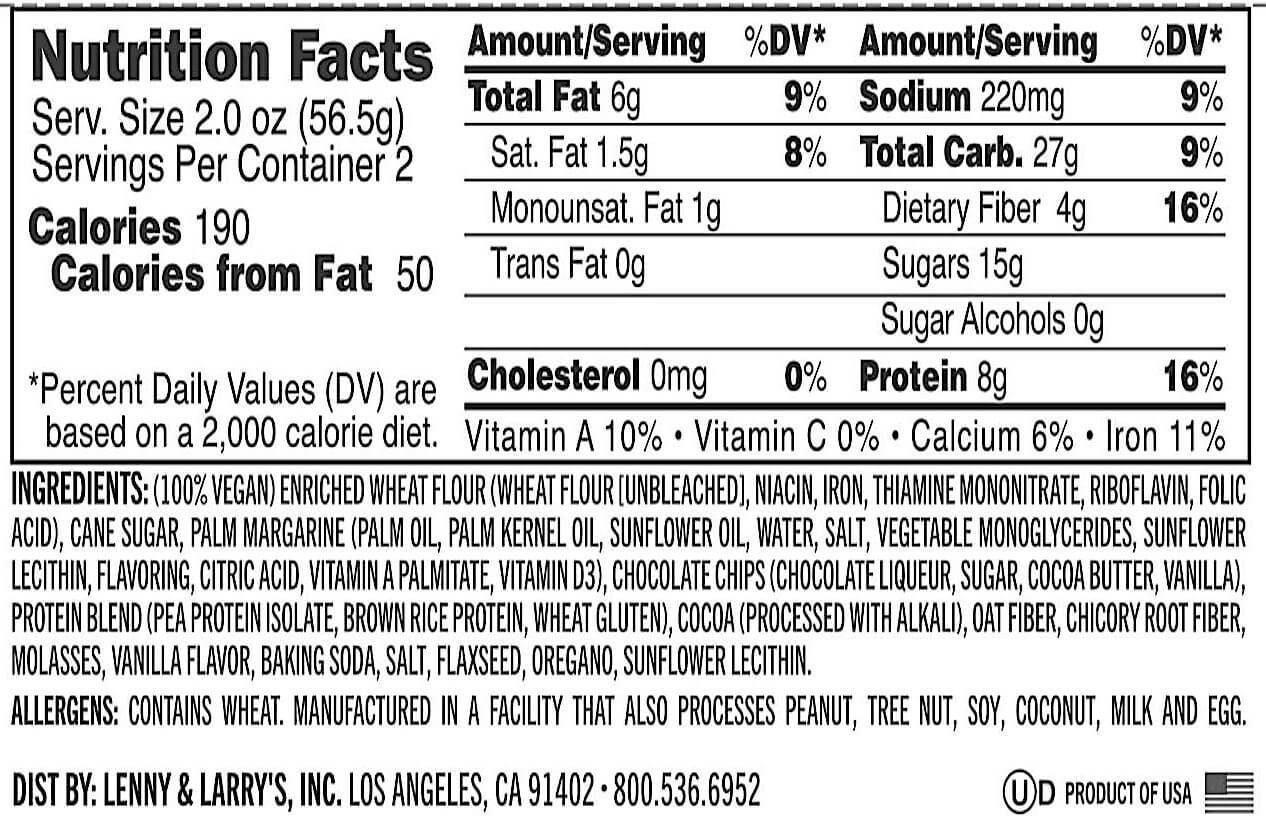 The company founders, Benny Graham and Barry Turner, bodybuilding buddies from Venice, California, introduced the cookies to the market in 1993. Turner actually became a cast member of the American Gladiators TV show the year before. It was after injuring his bicep that he asked his friend Graham to help him establish a company that would promote protein.

They thought of using their names but changed the b's to l's, thinking that would be catchier. The duo started giving out samples to members of Los Angeles-based Muscle Beach gym before moving to in-store displays and sports sponsorships such as the LA Kings hockey team. The Whole Foods Market began selling the pair's product in 1994. They also became available in other gyms like Gold's and Powerhouse and Uncle Dan's-owned outdoor retailer Erewhon.

Lenny & Larry's snack line has expanded since then to include "Muscle Brownies" and muffins of various flavors. Turner emphasized that their market was not a sports nutrition company but a healthy snacking entity. Their goods are now available at Walmart, 7-Eleven, Target, and Walgreens.

Graham and Turner actually sold their business in 2001, but the latter bought back his half in 2007, when things enriched with protein started trending and the industry finally “caught up” with them according to Turner. Turner continues to be marketing and R&D advisor to this day, but majority control of the firm's stakes were sold to investors. 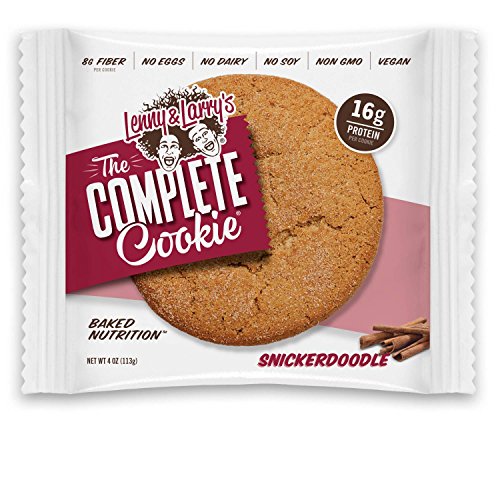 14 Flavors to Choose From!

Snickerdoodles are normally covered with cinnamon sugar and contains butter and sometimes eggs. But Lenny & Larry's version has no eggs, dairy, or even soy ingredients. The cookies are made of enriched wheat flour, palm fruit oil, and sunflower lecithin. No artificial sweeteners or high-fructose corn syrup are used to make them.

They’re sold in a box of 12 packs with 1 cookie each. Each 2-ounce cookie has 8 grams of protein, 5 grams of fiber (chicory root), and about 230 calories. 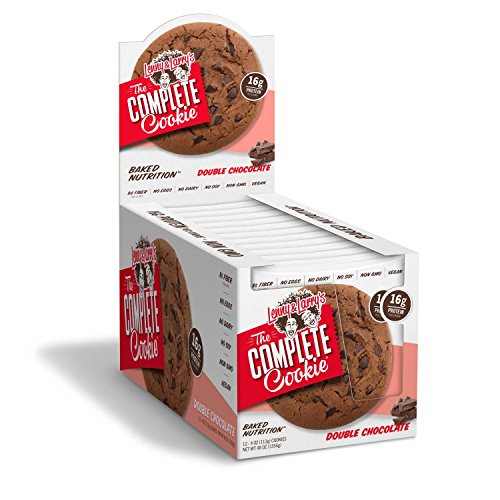 One reviewer, a nutrition coach, prefers chocolate and peanut butter flavors when it comes to cookies. But she said that she became a “snickerdoodle convert" after trying Lenny & Larry's complete cookies. She tasted the four-ounce cookie, which is about half an inch thick per piece. In a scale of 1 to 10, she gave the cookie a perfect score for texture: dense but soft and chewy. She then gave the product a score of 9 for its strong cinnamon and molasses flavors. However, she only gave the cookie a score of 6 for macronutrients, due to its relatively high fat (12g) and carbohydrate content. 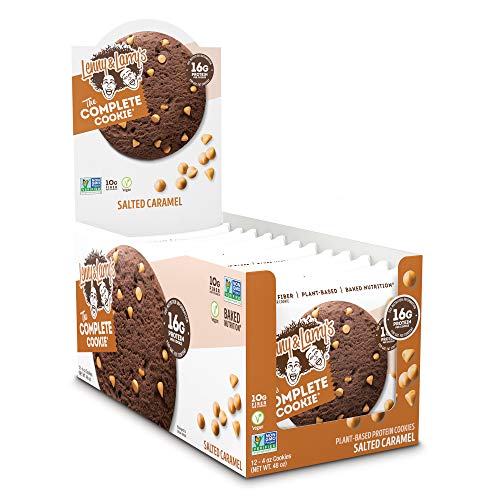 Another reviewer, a fitness buff, was delightfully surprised by the "massive" cookie, which appeared hard at the outset but soft once he bit into it. He liked its sweet, natural flavor, something he says is refreshing because he could easily taste the artificial sweeteners in other high-protein products. He added that the cookie is a good pre- or post-workout food. He also declared that the big-sized cookie is a healthy snack that will surely “kill your cravings” and will be a much better treat than high-sugar regular cookies.

Both reviewers lauded the product for being vegan, dairy-free, and non-GMO. They agreed that others would get their money's worth for the quite pricey cookie. 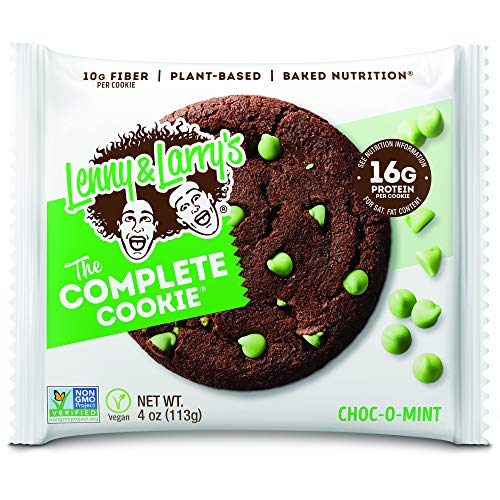 Other users considered the snickerdoodle complete cookie a bit dry and crumbly. However, they're glad that the cookies are available in many vegan stores.

What the Complete Cookie lacked in moisture, the product made up for in terms of flavor and size, satisfying those with a sweet tooth.

While Lenny & Larry's had no competitors when the cookies were first conceived in the early 1990s, there are so many protein cookies that have emerged alongside protein bars like our recently reviewed Mezcla Protein Bar.

Despite the trend, the brand has kept up its edge, keeping pace with other popular protein cookie favorites, such as Quest Cookies. Compared to Lenny & Larry’s 16-gram complete cookies, Quest Cookies contain 15g of protein, 9g of fiber, 4g net carbohydrates, and less than a gram of sugar. Buff Bake's snickerdoodle crunchy cookies are a promising “runner-up,” with each cookie containing 12g of protein, 2g of fiber, 17g of carbohydrates, and 9g of sugar.

A common comment from the people who loved the tasty product was that the cookies had high sugar and calorie content. This could probably explain why Lenny & Larry now packages the cookies in a 2-ounce single serving per pack.

The company has also given warnings about the natural effects of fiber such as excessive gas and bloating. However, Lenny & Larry's assure that our bodies would eventually adjust and get over the momentary discomfort in about five to seven days. Consult your doctor for any other concerns or questions regarding your fiber intake.

Check out Lenny & Larry's on Amazon today to see other Complete Cookie flavors!