Lifepro Sonic vs Hypervolt – Which one is a better massage gun? 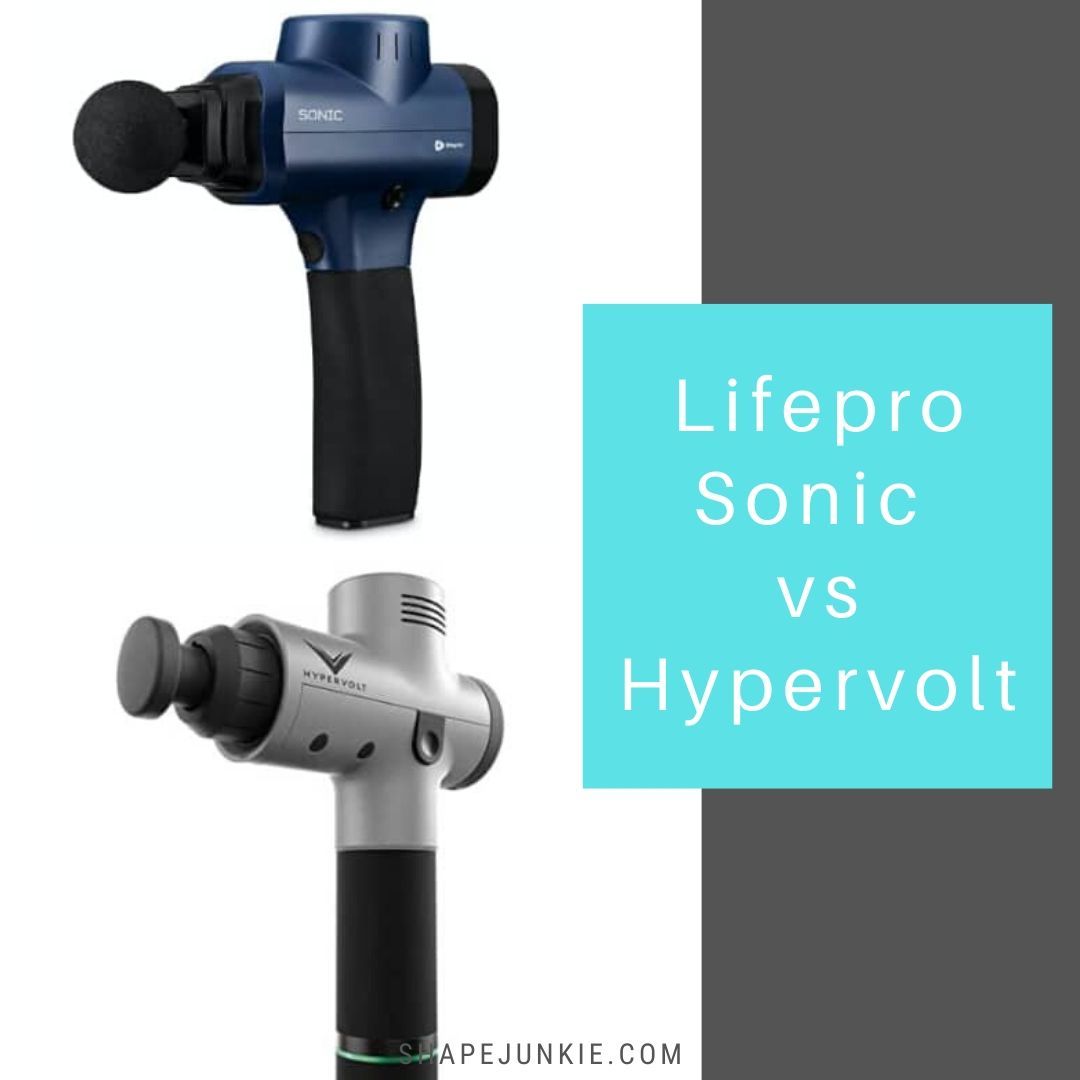 The home massage market has been taken to a new level recently with a huge interest in what’s known as a massage gun. Looking suspiciously like a pop rivet gun, these nifty little devices can get to your trigger points more effectively than any other tool out there. There are a lot of massage guns on the market to choose from but today we focus on the two best-selling massage guns currently available, the Hypervolt by Hyperice and the Lifepro Sonic. We’ll put them head to head to see which is the better buy.

The Hypervolt has a rather uncomfortable thick handle that is pretty difficult to maintain a secure grip on. It doe not provide you with ergonomic shaping and, as a result, is not the best-designed handheld massager we have come across.

The Lifepro Sonic has a thinner easier to hold, more ergonomic handle than the Hypervolt. It results in less hand fatigue and simply looks better. 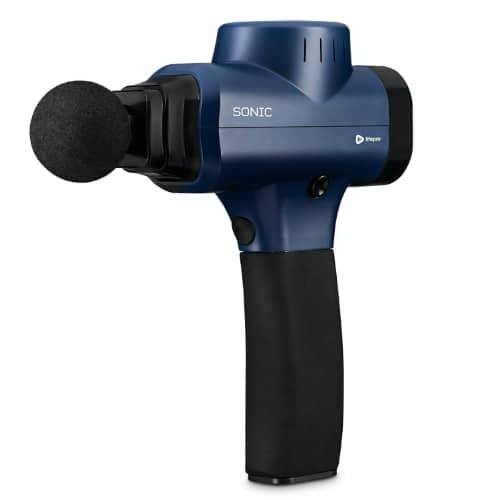 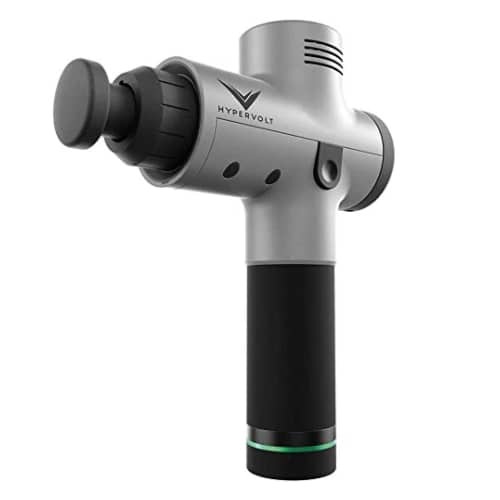 The Hypervolt provides a good but not an amazing level of power. You will have to apply quite a degree of muscular force. It is at its best when used for light to medium massage applications. There are 3 speeds on the Hypervolt. The first level will not be enough for most people. The effect you get with level 2 is quite similar to a sports massage. Level 3 is best for large muscle groups like quads or upper back. However, you will have to apply quite a lot of pressure at this setting.

With the Lifepro Sonic, you get 5 levels of intensity, as compared to three for the Hypervolt. The powerful motor on this massager provides you with plenty of intensity and requires less muscular force at the top levels than the Hypervolt. The speed levels range from a low-pressure 20Hz, moderate 30Hz, strong 35Hz, intense 40Hz or powerful 45Hz percussive massage.

The Hypervolt provides you with 3 hours of battery life. That is pretty impressive and should provide you with enough battery life to suit most situations. You don’t get any backup batteries, but you shouldn't need them with that length of charge.

The Lifepro Sonic absolutely outperforms in terms of battery life, providing you with up to 6 hours of charge. That is easily the most impressive we’ve seen and is almost double what the Hypervolt provides.

The Hypervolt is a rather noisy massage gun. It is not as full-on as a power drill but can still be quite distracting. In contrast, the brushless motor of the Lifepro Sonic goes as low as 55 dB, maxing out at 75 dB. That makes it quieter to operate than the Hypervolt.

The Hypervolt weighs in at 2.5 pounds. That makes it relatively lightweight and transportable. Lifepro Sonic weights the same 2.5 points.

The Hypervolt comes with 4 head attachments. These are the following:

When it comes to the Lifepro Sonic, you get 5 massage heads. These include round, spinal, flat, bullet and regular, giving you slightly more options than are provided with the Hypervolt.

From all of the factors that we have considered, it should seem pretty obvious which one comes out on top. The Lifepro Sonic feels more ergonomic in your hand, it provides you with a greater level of percussive power and speed, has double the battery life and provides you with more optional attachments than the Hypervolt. To top it off, the LifePro Sonic can be purchased for around a hundred dollars less.

Hypervolt vs Hypervolt Plus – what are the differences?

The Hypervolt Plus provides you with a pressure sensor to let you know how much pressure you are applying to the device. The brushless motor is also more powerful than on the original Hypervot. 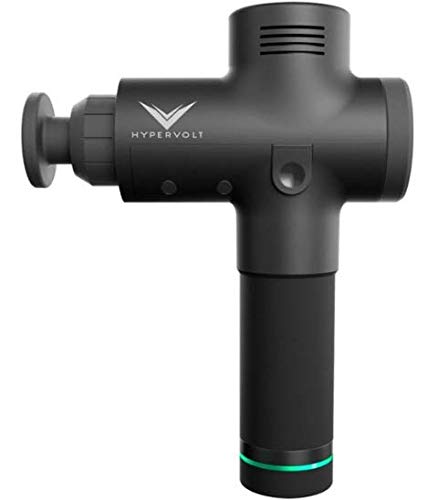 Can you take a massage gun on a plane?

It would appear that you can take a massage gun on a plane. It does not seem to come under any of the banned categories on the list provided by the US Transportation Security Administration.

Both the Hypervolt and the LifePro Sonic are top-selling home use massage guns. While either of them will do a great job of bringing relief, our hands-down winner in terms of a face-to-face match up is the LifePro Sonic. Not only is it cheaper, but it is also more powerful, quieter, more ergonomic and comes with more optional attachments.