In a hectic and busy world, it can be easy to get discouraged. Everyone is trying to accomplish so many things at the same time that sometimes nothing gets done. Many professionals and students look for ways to maintain their focus and concentration so that they can finish their most pressing tasks. This is where nootropics come in.

Nootropics, or smart drugs, are relatively new, but they are quickly gaining ground for being able to boost brain activity, sharpen focus, and promote concentration. They are favored by professionals in high-stress jobs, overachieving students, and even senior citizens worried about the loss of cognitive function or dementia.

But what are nootropics? Do they really work? And, most of all, are they safe? Here, we’ll take a closer look at the science behind nootropics and see how they can help give you that mental edge.

Everyone has used some type of nootropic at one point or another, sometimes without even knowing. Some examples of nootropics are caffeine and other natural supplements such as ginseng and ginkgo. These boost alertness and mental clarity.

The term “nootropics” was originally used to refer to very specific chemicals used to enhance cognitive abilities. Now, it is used to describe both synthetic and natural substances used to boost mental skills. Essentially, nootropics are functional amino acids, nutrients, and minerals consumed by the brain to improve brain functions.

But over the last couple of years, new variants of nootropics became available in the market for people just looking for a boost, using nootropics to enhance executive functions like memory, focus, creativity, and motivation.

There are several options for natural nootropic supplements in the form of powders, bars, and pills. Today, we’ll take a closer look at TruBrain to see if these brain boosters really work.

TruBrain is the brainchild of neuroscientists and UCLA alumni Dr. Andrew Hill and Dr. Aida Attar, together with former Unilever food and beverage executive Chris Thompson. They partnered up to create a product that could improve cognitive functions.

To do so, they studied the brainwaves of accomplished high achievers. After studying the brain activity of successful doctors, executives, and artists, they noticed a pattern in their brainwaves whenever they were at their most productive or “in the zone.”

With this study, they began researching and developing a nutritional brain food that could mimic those high-performing brain patterns and help others achieve that same level of cognitive power. This led to the birth of TruBrain. 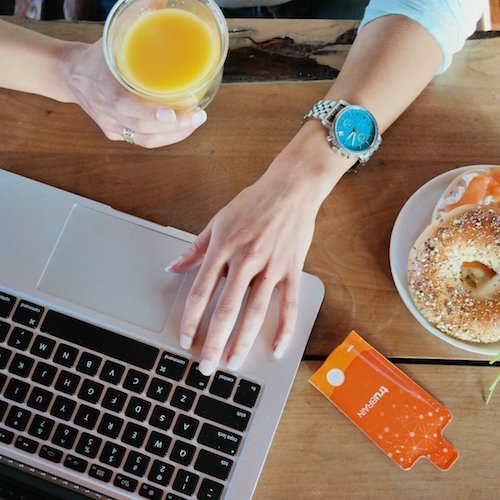 The TruBrain team created a nutritional food product with a formula that improves brain functions through four mechanisms of action:

Combined, these four mechanisms promote brain health and enhance brain efficiency nutritionally and safely. The product has no side effects and is safer for the body than table salt, regular soda, caffeine, and aspirin.

TruBrain is offered in two different variants—bars and drinks. Each delivers the same brain-boosting formula but in distinct and unique ways.

The Drink vs. the Bar

Deciding between TruBrain’s energy- and brain-boosting drinks and bars depends on which integrates better into your daily diet. Both help you boost mental output, power past stress, and overcome mental blocks, but which one is better?

The fast answer is neither. They are both excellent products. It will boil down to diet and personal preference.

The TruBrain drink is the basic natural product with no additional frills. Packaged in 1-ounce shot sachets, these were made for busy professionals and students on the go who need something they can consume quickly that provides immediate results. 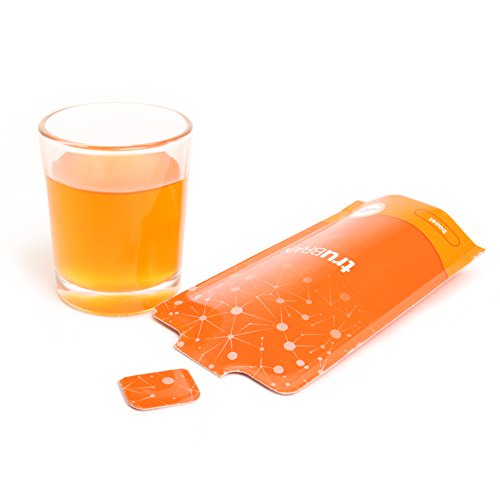 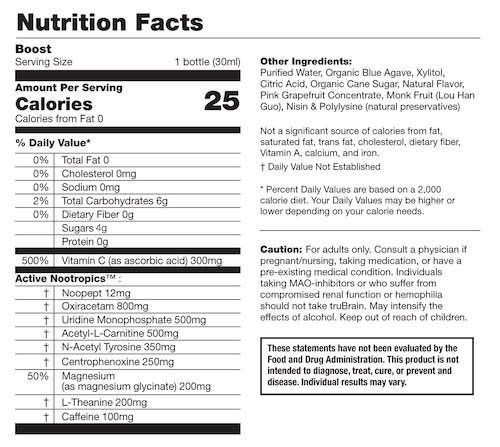 The drink is full of active nootropics and flavored with a variety of fruits, natural monk sugar, and blue agave. It contains less than 100mg of caffeine and has 25 calories.

The high IQ snack bar contains the same high-powered nootropic formulation put into delicious chocolate and peanut butter bars. Each bar is made from plant-based ingredients and is a great source of healthy fats. TruBrain bars make a great breakfast or afternoon snack.

When deciding between the two, consider how you’d like to consume your nootropics. Drinks are faster and easier to consume. They also contain fewer calories. Bars, on the other hand, are good for those who want something to snack on or are looking for a brain-enhancing meal replacement.

What Do People Think of TruBrain?

With such a wide range of benefits, TruBrain is the perfect product for people looking for a mental boost. The reviews for this nootropic blend have been positive, lauding the product’s effectiveness and convenience.

Consumer Jesus R. attests that TruBrain delivers an incredible cognitive boost, adding that it also seems to work despite any caffeine tolerance a person might have. An added plus is that the nootropic can be consumed in small amounts throughout the day to maintain one’s performance.

Richard J., meanwhile, states that TruBrain introduces the mainstream market to the idea that a person doesn’t have to be unhealthy in order to benefit from taking supplements. “Humans are great as is,” he says, “but we can be even better."

Nootropics can help consumers stay focused, bolster their brain activity, and overcome mental hurdles. Investing in cognitive enhancers can mean the difference between being stuck and being successful. TruBrain offers a safe, healthy, and natural option to those looking for an effective brain-boosting supplement.

Buy directly from TruBrain.com
Previous
Next