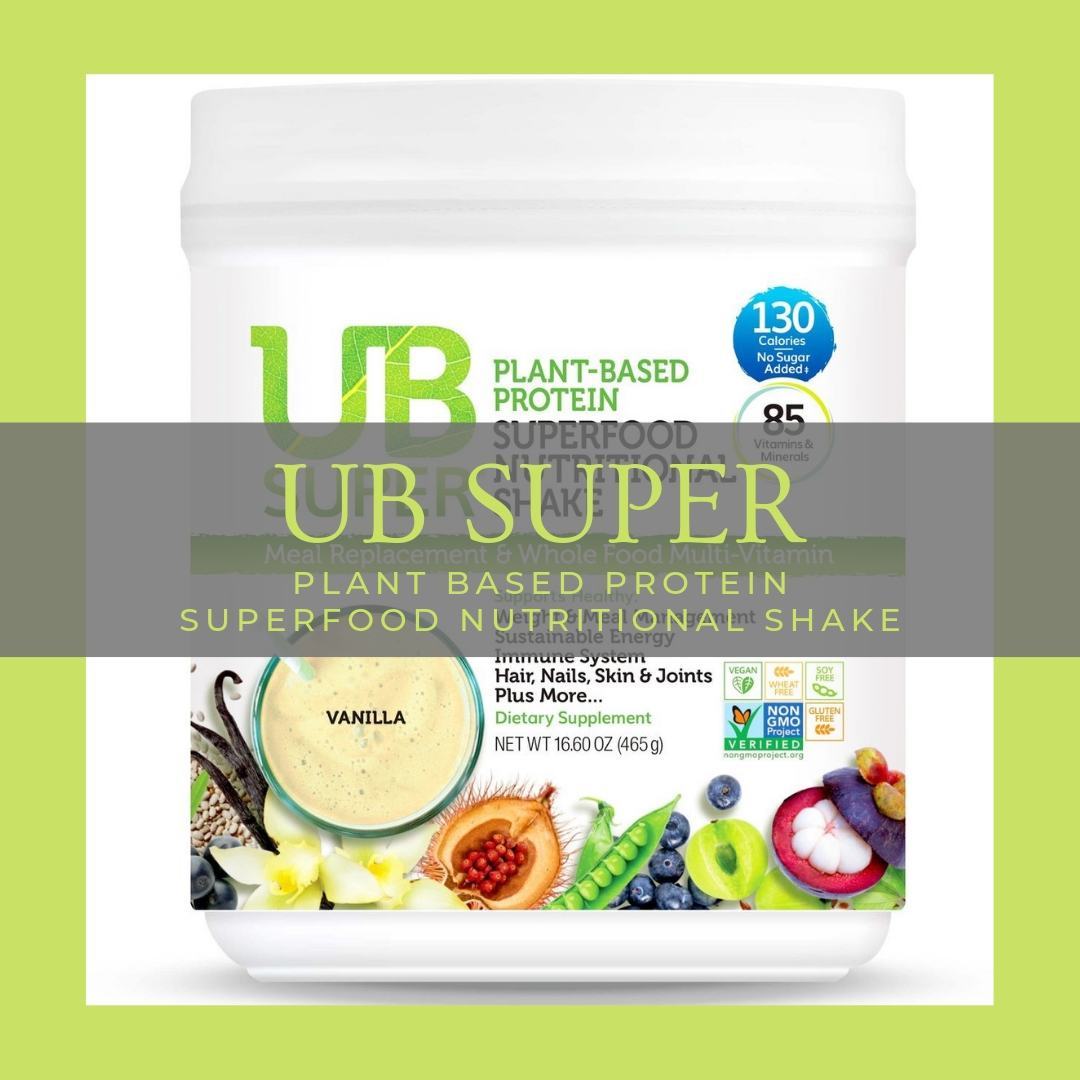 Dieticians and health professionals generally consider the word superfood as a marketing term. But for Scott Kanyok, superfood is a real formula to recovery and a sustainable way to optimize an active lifestyle.

The UB Super is the brainchild of Scott Kanyok, an avid outdoorsman who survived a near-fatal accident and went on a quest to strengthen his collapsed immune system. The cyclist, runner, and paddler almost lost his life during a 40-mile bike ride in 2008 after being hit by a box truck. Doctors told his family that he may not survive due to his multiple compound fractures from his skull to his shoulders and down to his elbows and ribs. However, Kanyok strove to recover and underwent therapy to recover his mobility.

He fully regained his physical faculties after six months of therapy, but that did little to boost his immune system. Kanyok fell sick at least six times in the 12 months that followed since the accident. To get his resistance back, the sports buff and former Wall Street financial analyst included superfoods acai, camu camu, and acerola cherry in his diet then experimented with proteins, minerals, and nutrients that led to the birth of UB Super products. 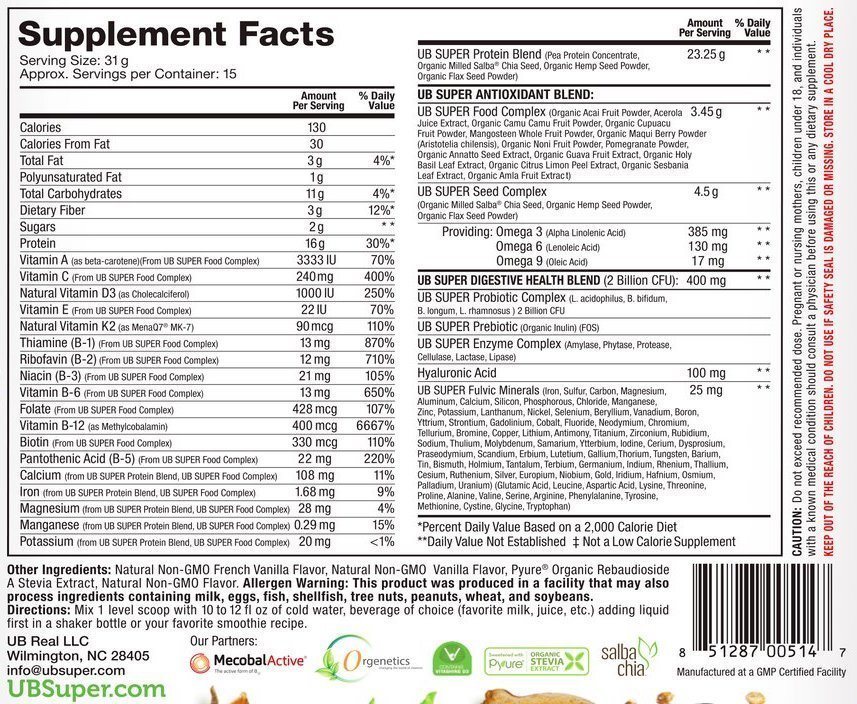 Kanyok, with the help of a nutritional products specialist, spent over two years of trial and error perfecting the formula that would eventually become the UB Super plant-based protein superfood nutritional shake. Each glass comes with the following eco-friendly, bioavailable ingredients:

This vegan shake contains 14 antioxidant rich superfoods, including the berries that Kanyok ate on his road to healing along with cupuacu, noni, mangosteen, and pomegranate.
The UB Super Food Complex is in powder form but Kanyok assures users that the ingredients are from whole food sources and not synthesized in a lab.

It has plant-based proteins such as pea, hemp, flax and Salba chia seed for cell and muscle growth. It also contains prebiotics and probiotics that promote optimum digestion and immunity.

The shake has a complete amino acid profile, including BCAA or branched-chain amino acids that are essential to the growth of muscle mass and better exercise performance. It also contains these whole-food based multivitamins:

Upon drinking the shake, you’ll enjoy 25 milligrams of fulvic acid, which on its own is an unappetizing, black-colored supplement. Fulvic acid helps cells become permeable, allowing them to receive the nutrients they need.

The chia and hemp seeds in the shake contain omega-3, omega-6 and omega-9 that keep the brain, heart, skin and joints healthy.

UB Super has potato-based hyaluronic acid that is vital for the maintenance and repair of connective body tissues such as cartilage and collagen.

The shake comes in vanilla and chocolate flavors and is highly recommended as a post-workout beverage. The drink is also milk-free but you can add almond or soy milk for a more flavorful shake.

This drink also makes a great meal replacement and power snack, and you can find different recipes to use it on their website. You can add fruits such as bananas, strawberries, and blueberries for extra nutrition and flavor too. Some have even used the shake powder to make muffins.

Testimonials: UB Super is a ‘Meal in a Drink’

UB Super has impressed both athletes and health-conscious individuals. The shake has helped meet goals that vary from basic fitness to recovery, immune system support and even healthy weight loss.

Standup paddle boarding (SUP) champion Travis Grant first learned about UB Super when he met Kanyok at an event in North Carolina. After bringing the product home to Australia, the athlete was satisfied with the way the shake tasted like real food. “It didn't have a sweet, synthetic taste,” added Grant, who’d been looking for a meal supplement in powder form for a long time.

The SUP champ, who is now counted as one of UB Super’s ambassadors, suggests taking the shake before and after sports training. As “a meal in a drink,” Grant shares that the UB Super shake will be great to take if you’re in a rush and can’t eat a proper meal.

Health and lifestyle coach Matt Skelly runs a health training center that has a three-pronged approach to a balanced life: a clear vision, proper fuel and solid support. Clients at his facility receive a free UB Super shake as part of the fuel that tides them over until their next meal.

Roc McCarthy, a doctor of urology at the New Hanover Regional Medical Center, told Kanyok that UB Super provides a "PhD of nutrition" in a glass. Being a high-volume robotic cancer surgeon and triathlete, McCarthy claims that the shake gave him an overall sense of feeling well after long hours of work.

UB Super is a great way to get your protein if you are a vegetarian, allergic to dairy, or just want to reduce the use of animal products.

As its creator asserts, the UB Super shake is a wiser alternative to processed fast foods because it can keep up with fast-paced lifestyles while still providing the right nutrients. It’s not your traditional one-stop solution for weight loss, but your holistic partner for wellness.

Give your body complete whole food based nutrition every day with UB Super.